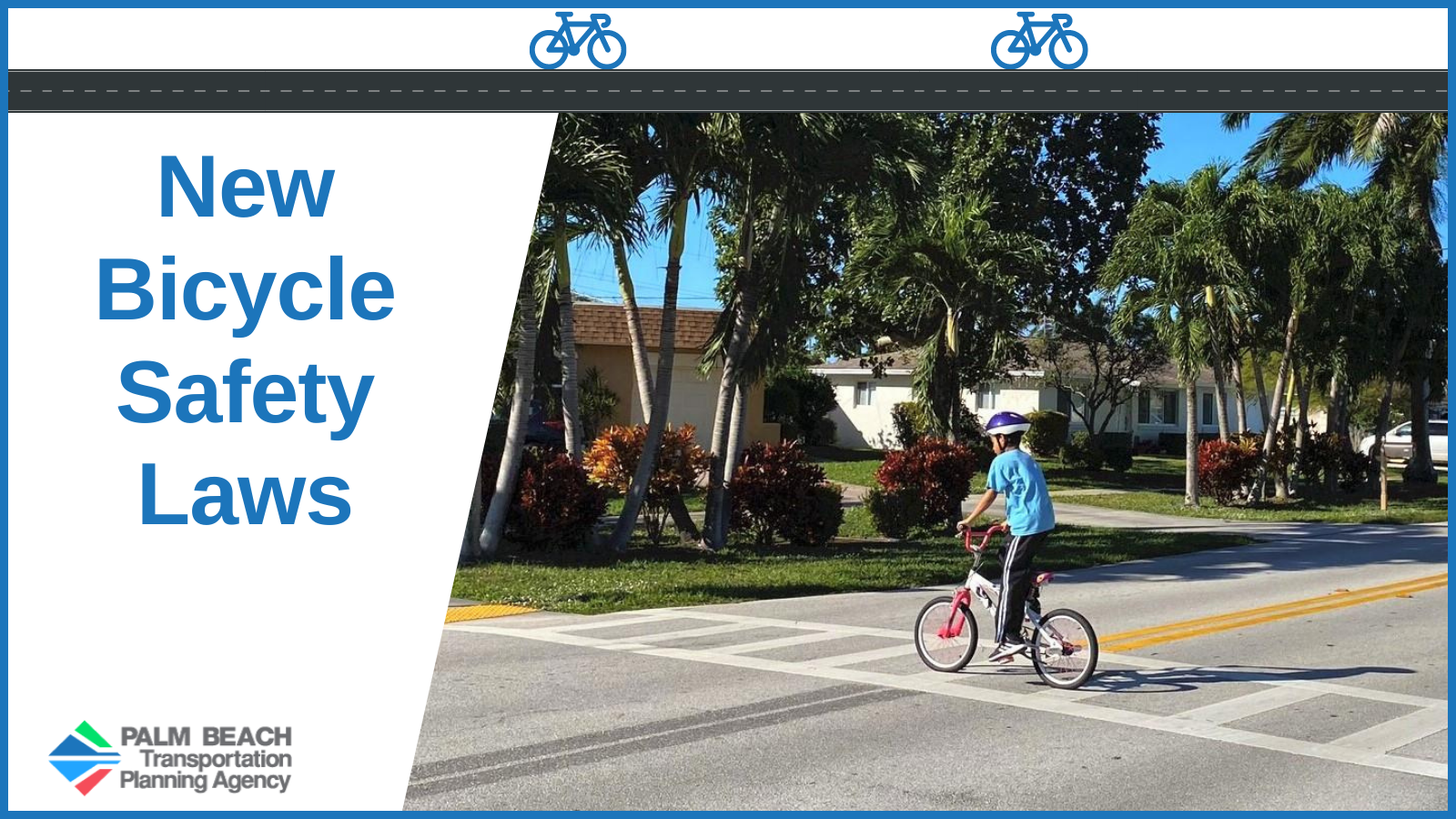 The new rules are: 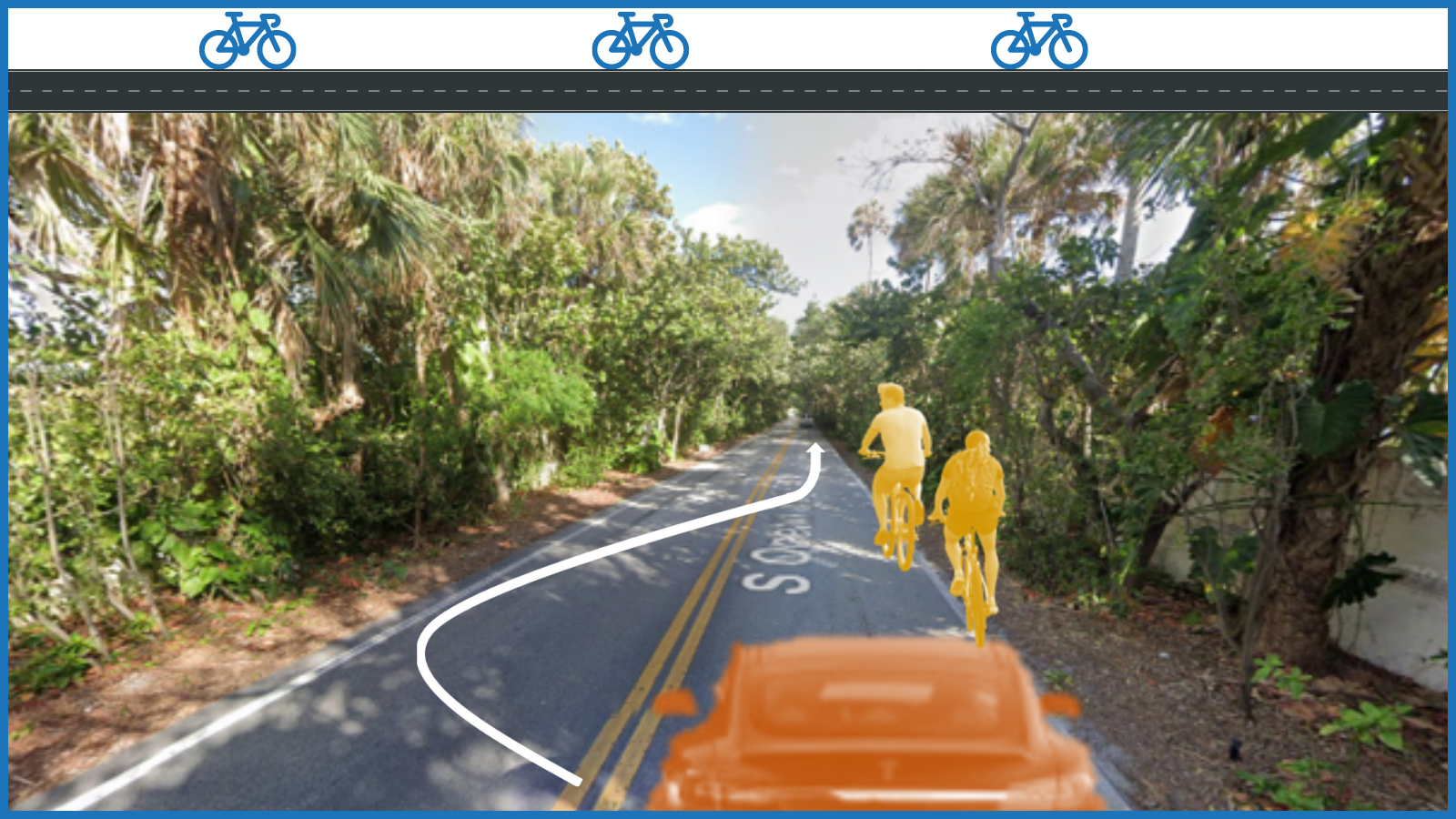 No Passing Zones: Allowing motorists to safely and briefly drive to the left over double yellow lines to pass cyclists with a minimum of 3 feet passing distance. 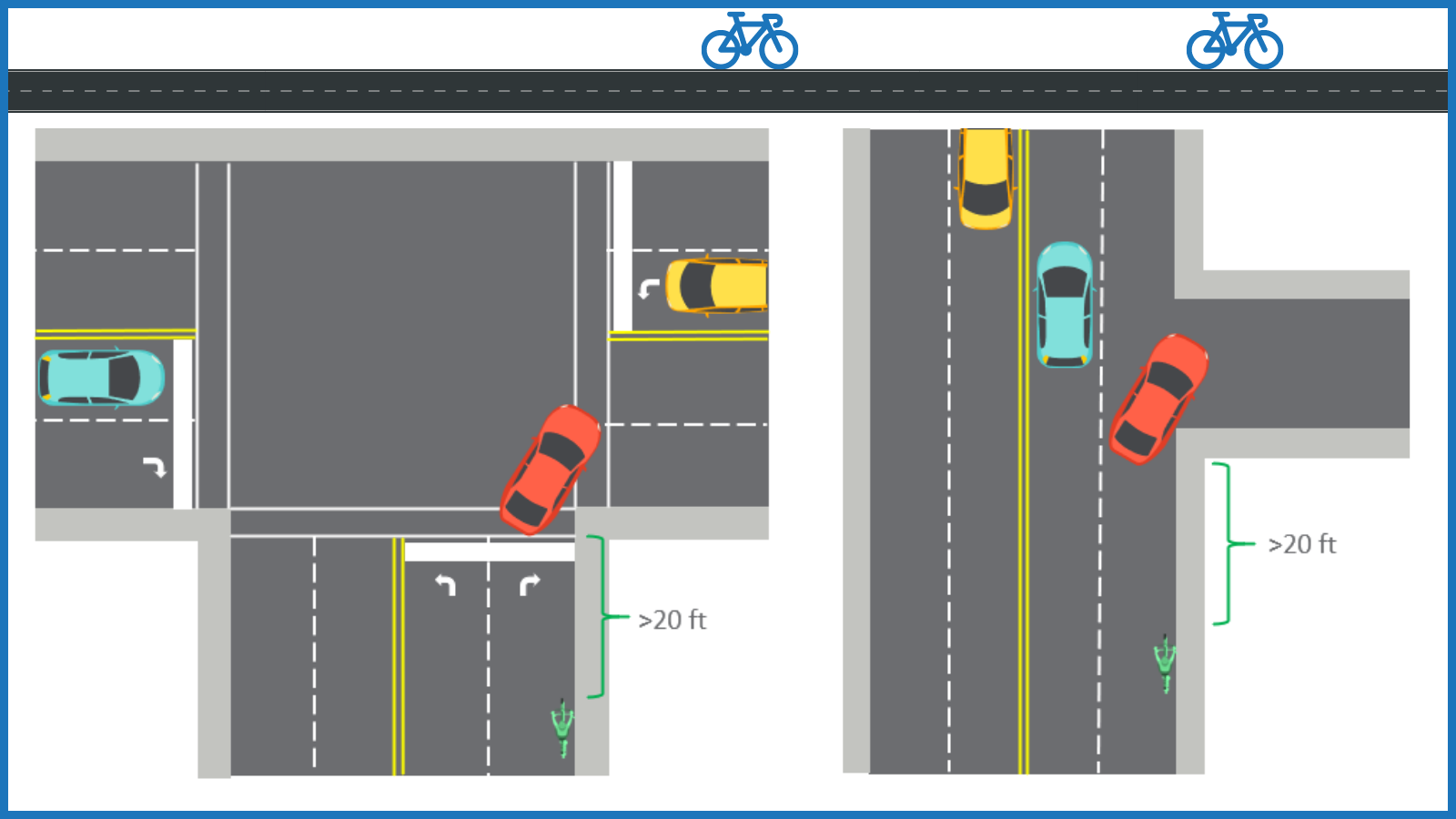 Prevent Right-Hook Crashes: When passing a bicycle proceeding in the same direction, use your turn signal and make the right turn only if the bicycle is at least 20 feet from the intersection and you can safely make the turn. 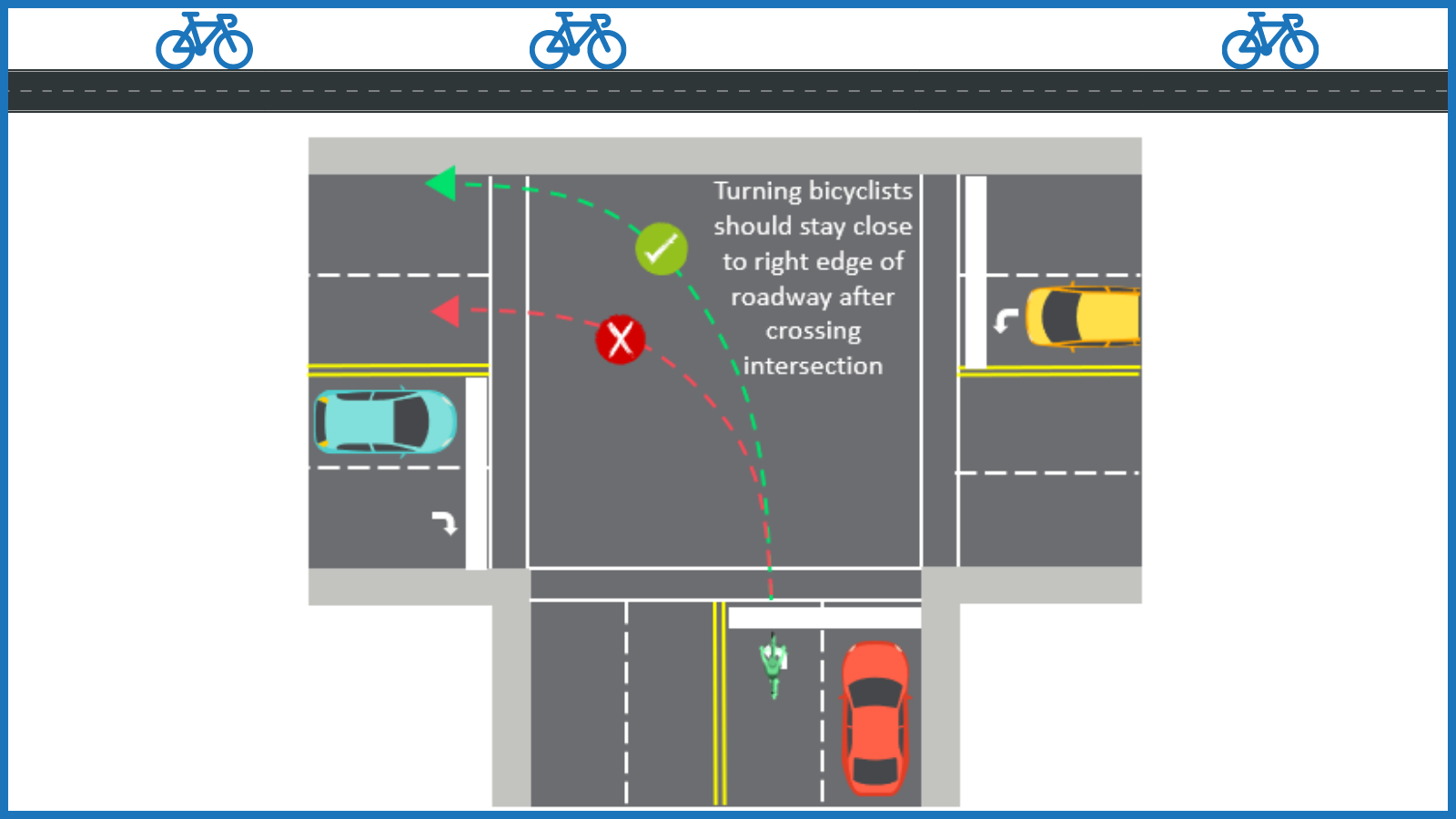 Cyclists Turning Left: A person riding a bicycle and intending to turn left at an intersection is entitled to the full use of the lane. The cyclist must approach the turn as close as practicable to the right edge of the roadway. 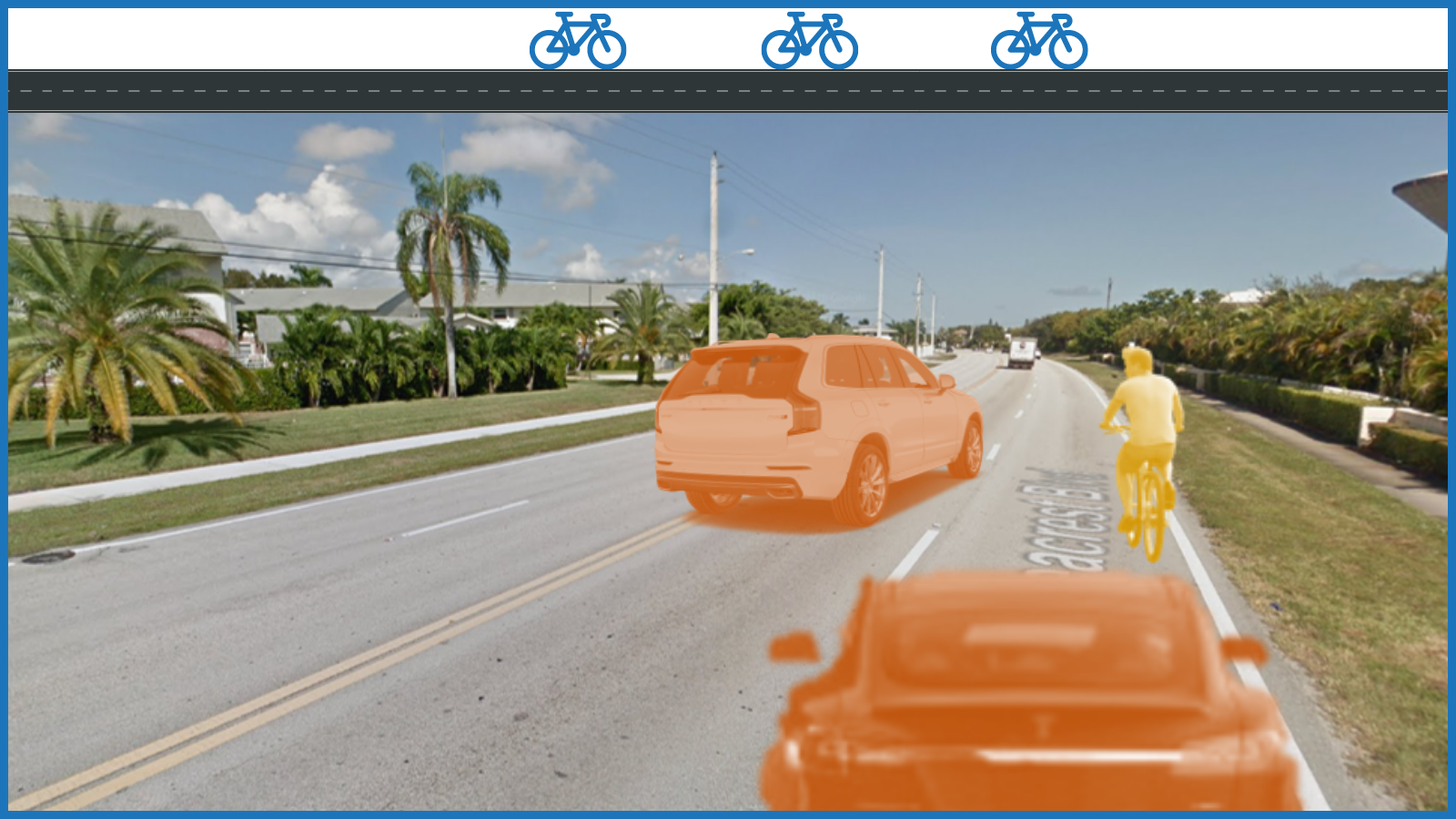 Single File with No Bike Lane: Bicyclists must ride as close as practicable to the right-hand curb or edge of the roadway. 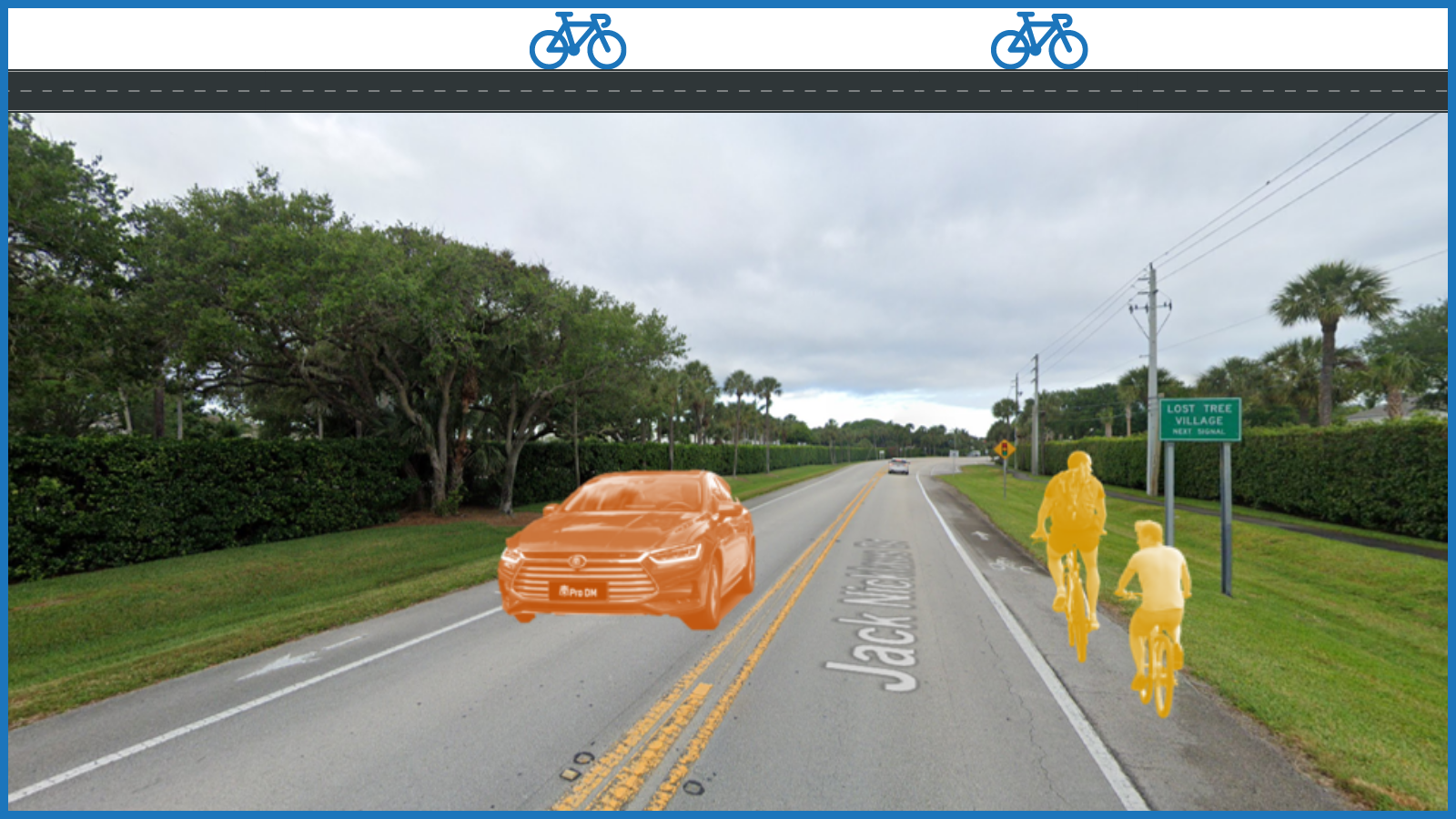 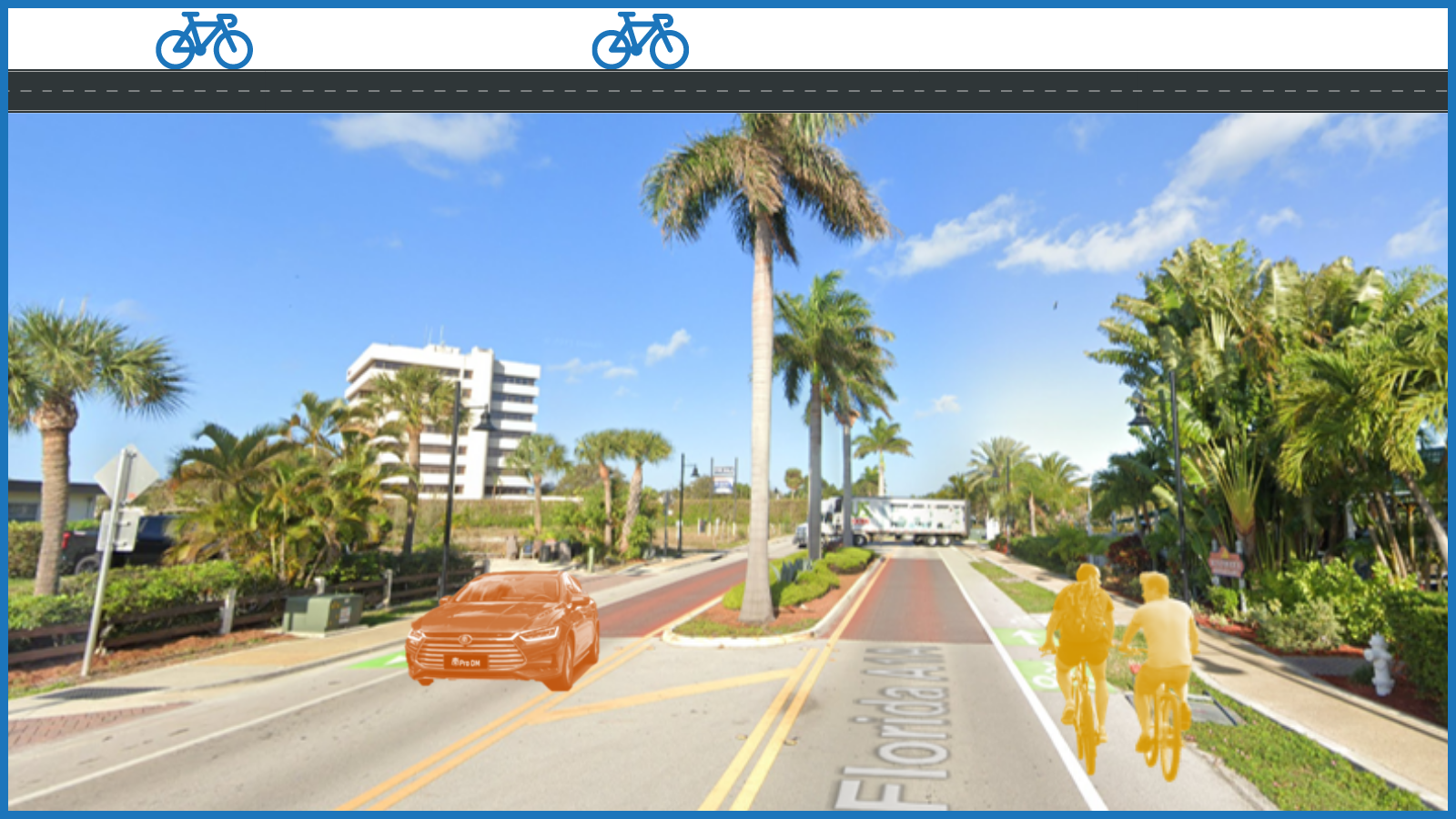 Riding Single File Vs. Abreast: If the bicycle lane is too narrow to accommodate two abreast, the cyclists must ride single file. If the lane is wide enough, cyclists may ride two abreast. 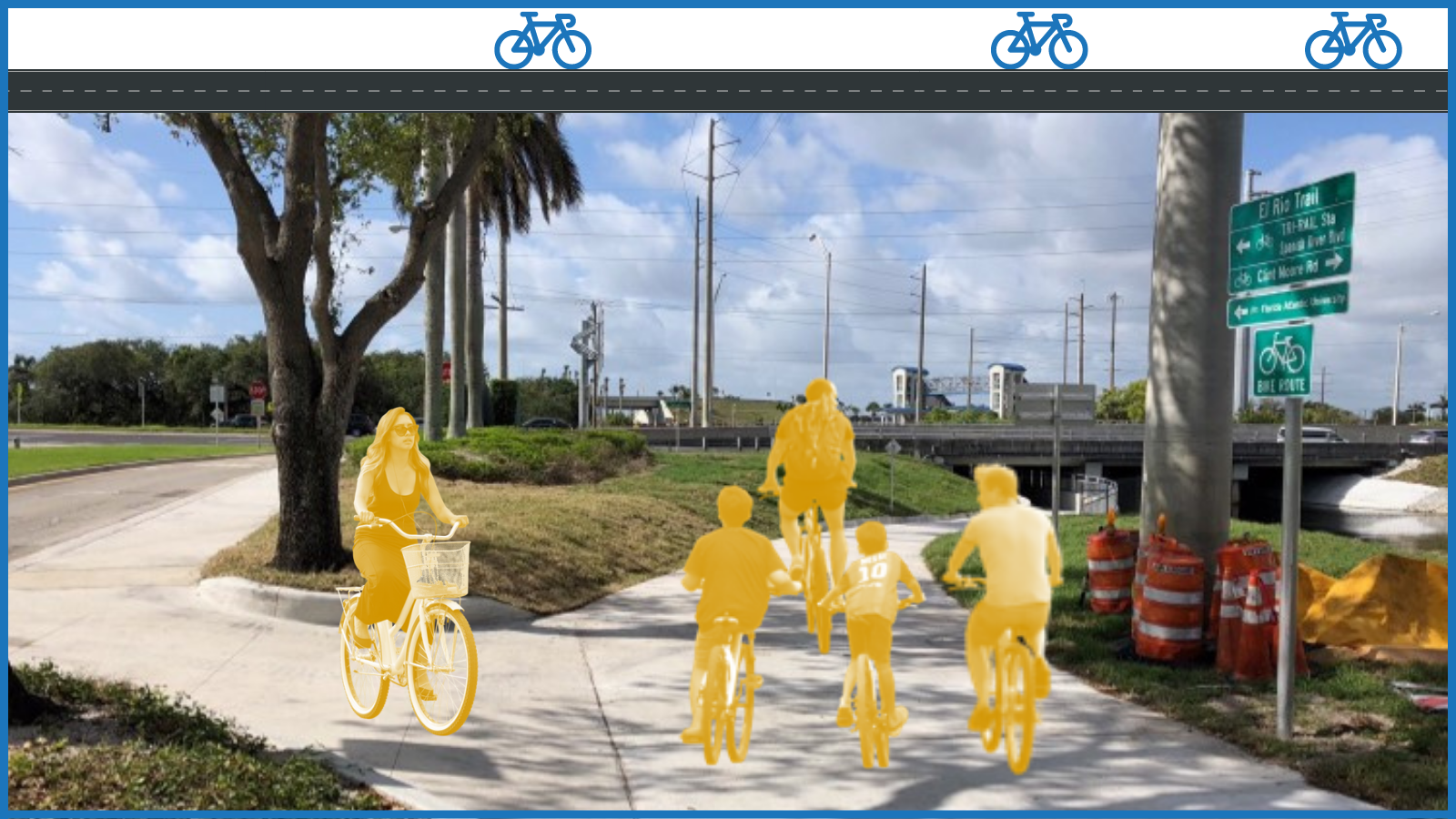 Riding More Than Two Abreast: Cyclists may only ride more than two abreast if riding on a bicycle path. 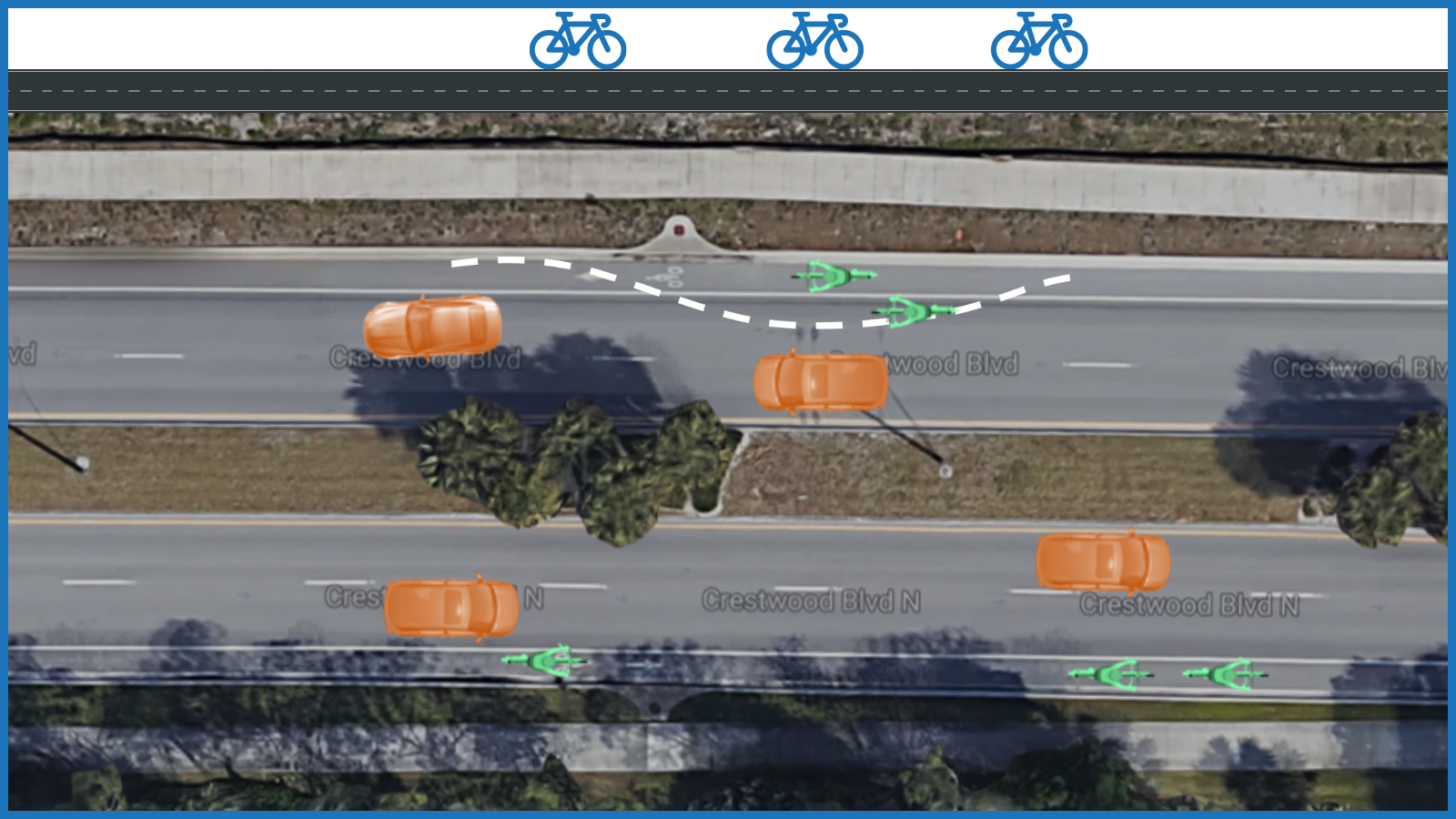 Bicycle Overtaking Bicycle in Bike Lane: Bicyclists are able to pass other bicyclists by safely moving into the roadway, passing and returning to the bike lane. 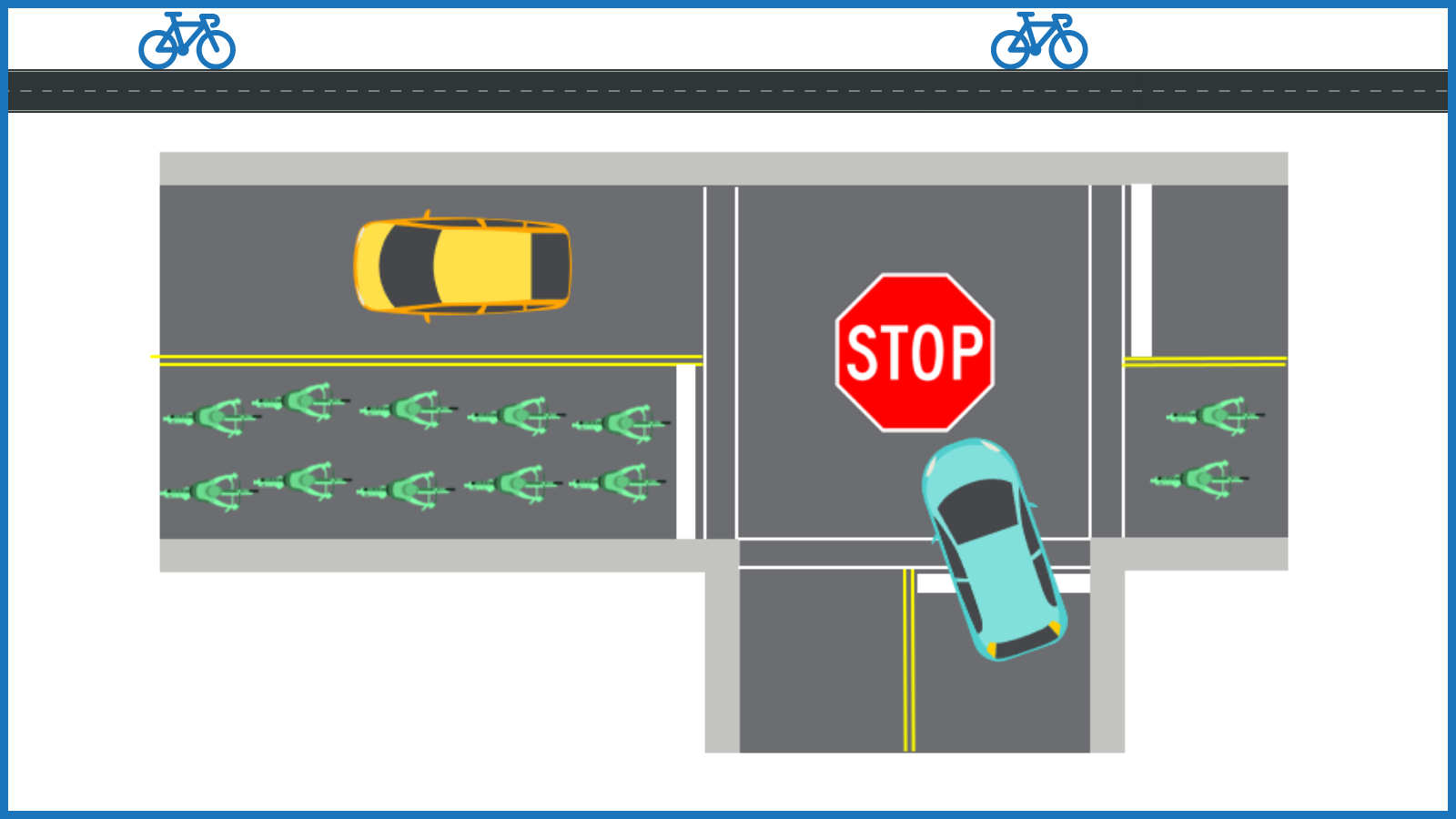 Cyclists at Stop Signs: As a reminder, bicyclists on the roadway are expected to comply with traffic control devices. When stopping at a stop sign, people riding in bicycle groups may proceed through the stop sign in a group of up to 10, after coming to a full stop and obeying traffic laws. Motor vehicles must allow one such group to travel through the intersection before moving forward.