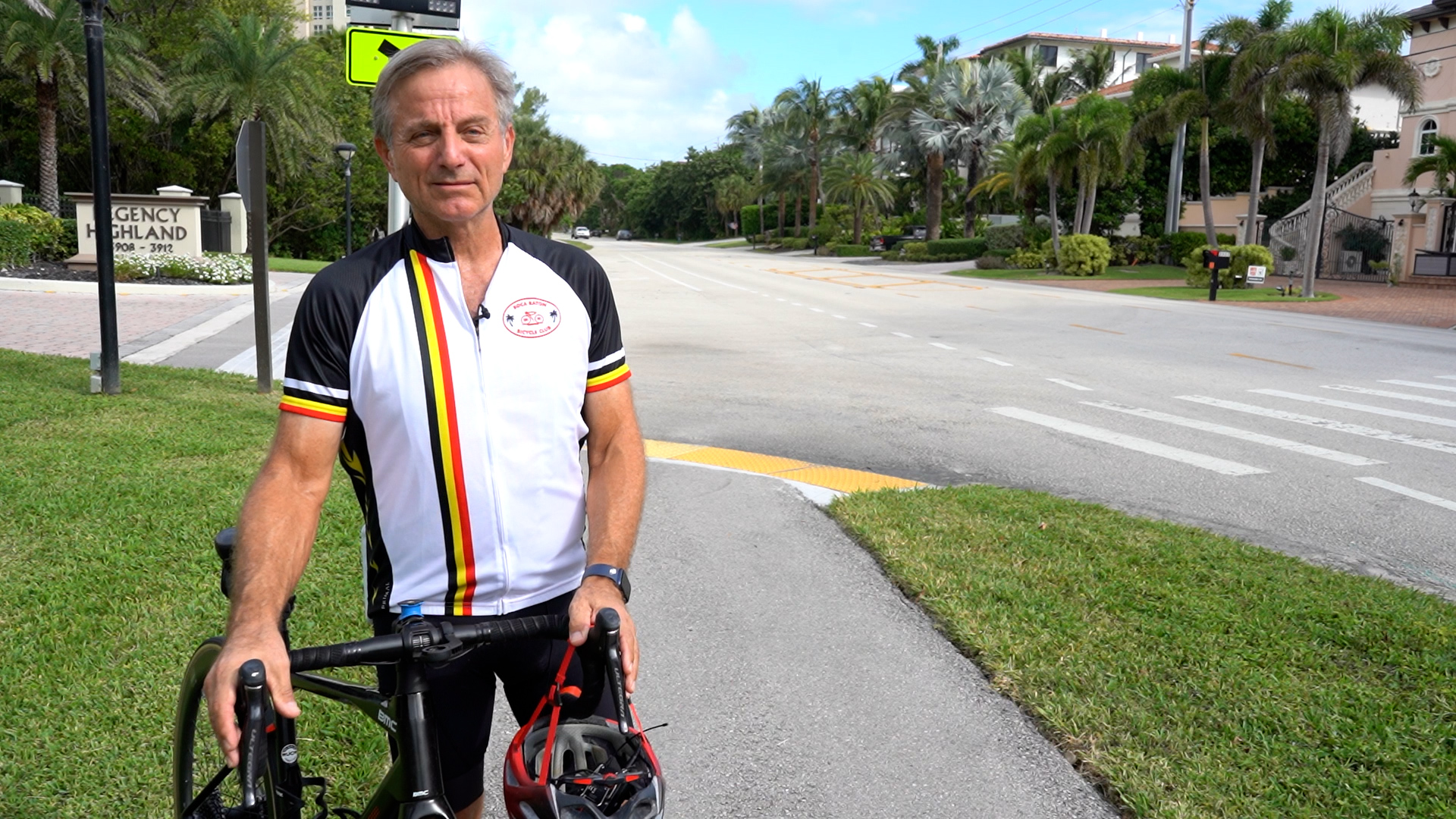 For more than two decades, Bruce Rosenzweig has been cycling in and around his community of Highland Beach. As a Boca Raton Bicycle Club member, he prefers to ride in a small group along A1A, often up to West Palm Beach and back.

Bruce, a member of the Palm Beach TPA’s Bicycle-Trailways-Pedestrian Advisory Committee, says he enjoys cycling because it gives him a sense of community. 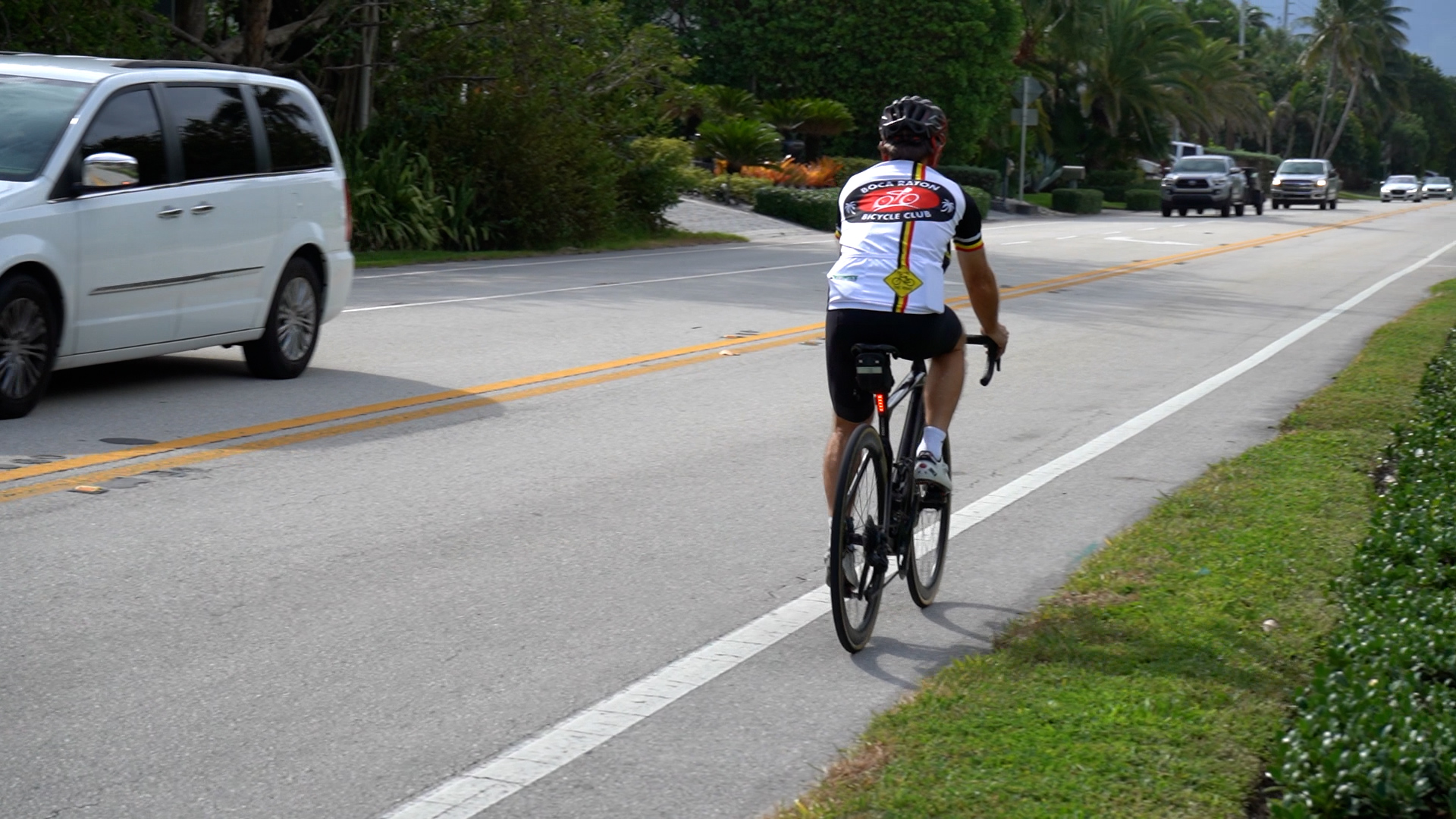 He says it’s taken some time for drivers to learn to share the road with him and those who he rides with.

“Back when I started cycling, some 20-25 years ago here, we were an oddity on the road. There were a lot of names called out to us along with the odd bottle or can thrown at us and the admonition that we’re going to get hit,” Bruce said. “It’s changed quite a bit along that line, but it’s been supplanted by distracted drivers.”

Now, he prefers to ride in designated bike lanes for safety reasons, but says they are in short supply in the area where he lives. Bruce enjoys riding in Delray Beach, where he says more bike lanes help him and his cycling group feel safer.

The stretch of A1A from south of Grand Bay Court in Highland Beach to south of Linton Boulevard in Delray Beach is included in the FDOT Work Program as a resurfacing project, scheduled for completion in Fiscal Year 2024. Bruce says he hopes bicycle and pedestrian improvements are ultimately included too.

“Practically speaking, in an area like this, I’d like to see 5-foot wide bike lanes, which is the minimum width, and a buffer,” he said. “Maybe a couple of feet with a lined area. That would give us a lot more confidence, put us more at ease riding and would help direct the traffic better.”

According to FDOT, the current project scope includes widening the roadway shoulders to mark designated bicycle lanes. The design concept will be finalized in the later part of 2022 with a public information workshop in 2023.

Bruce says he wants to keep himself and the other riders in his group safe. He knows that is an ongoing issue with vehicles, pedestrians and bicyclists.

“It’s no surprise that here in south Florida with as many cars as there are, we have one of the highest fatality rates for cyclists in the country,” he said.

According to Signal 4 Analytics, there have been 56 bicycle and pedestrian fatalities in Palm Beach County in 2021 and nearly 500 total since 2011.

Senate Bill 950 aims to reduce this number while making education more important. In addition to updated language about vehicle and bicycle movements, it will also work to educate young drivers on how to keep all users of the road safe. The Florida Driver License Exam will include 25 questions in the test bank to address bicycle and pedestrian safety.

“The main inclusion that I was happy to see was the questions for the Driver License Exam,” he said. “I’d like to live long enough to see that generation benefit from it.”

Bruce is hopeful that law enforcement will also remind cars to give cyclists three feet of distance while also encouraging cyclists to not ride in groups large enough to impede on traffic.

He is looking to transportation agencies like the Palm Beach TPA to create a transportation system with all users in mind, keeping safety at the forefront.

“I think we’re looking in the right direction. As far as implementing our recommendations, it comes down to the transportation authorities,” he said. 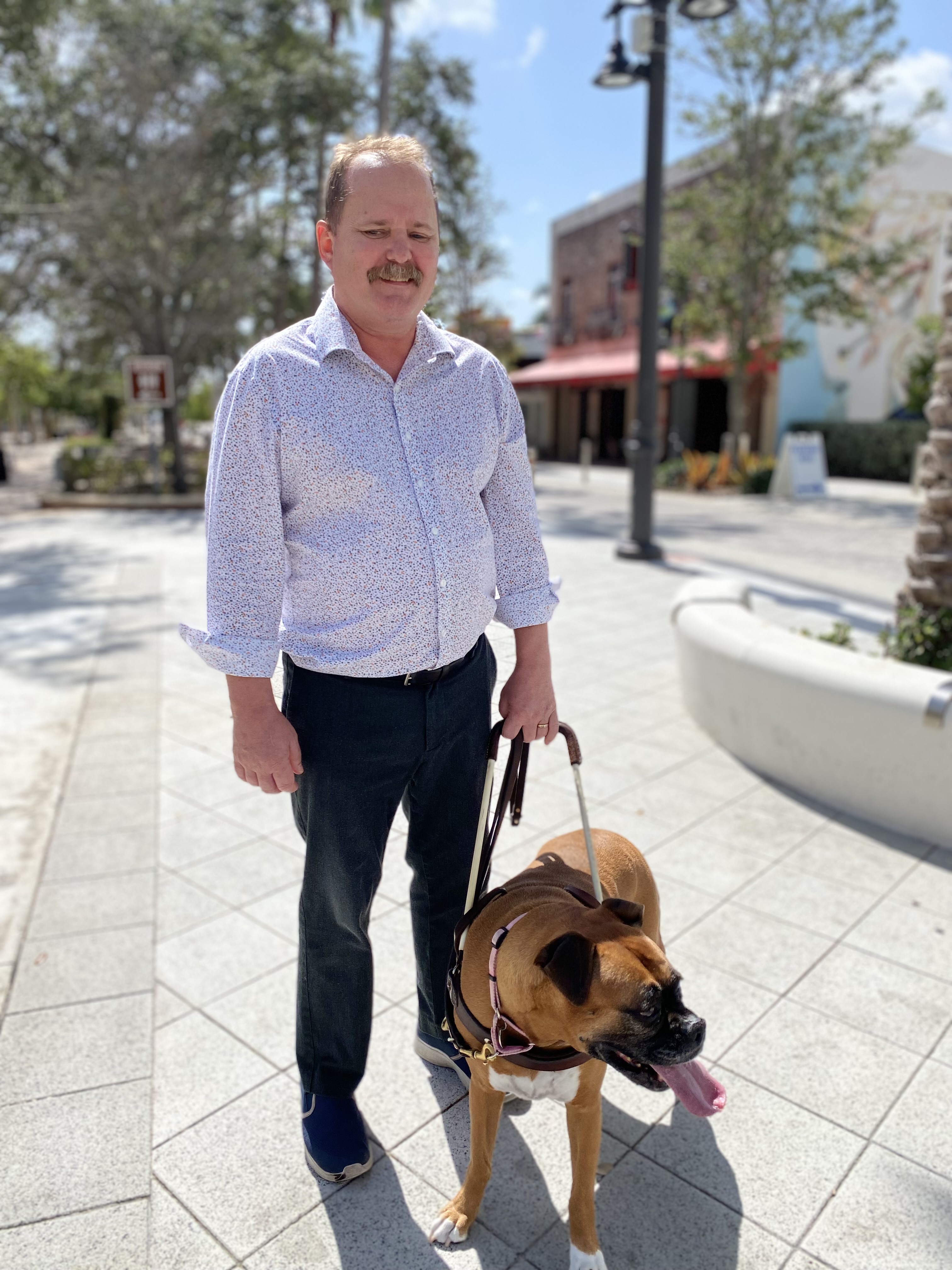 Ted Goodenough is passionate about making all aspects of life accessible to everyone. He works for the City of Boynton Beach as the ADA Coordinating Assistant and also serves on the Palm Beach Transportation Planning Agency’s (TPA) Bicycle-Trailways-Pedestrian Advisory Committee (BTPAC) as a representative for the disability community. As a visually-impaired person, transportation in particular can pose challenges for Goodenough during his day-to-day life.
Read More
Tweet